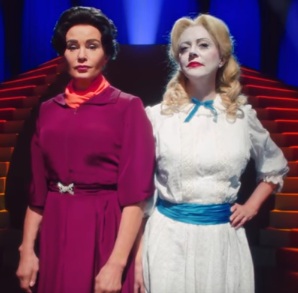 The first season of this anthology series, titled Bette and Joan and consisting of 8 episodes, will revolve around the backstage battle between the two actresses during the production of their 1962 film What Ever Happened to Baby Jane?.
With Susan Sarandon and Jessica Lange in the leading roles, Feud stars also Judy Davis, Jackie Hoffman, Alfred Molina, Alison Wright, Stanley Tucci, and others.
The premiere is slated for March 5.