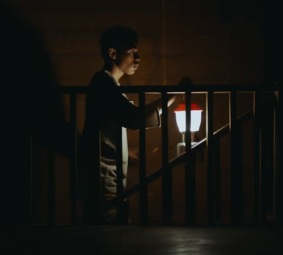 A24 has released the official teaser trailer for It Comes At Night, a new psychological horror film from acclaimed filmmaker Trey Edward Shults.

The film revolves around a father who stops at nothing to protect his family from a malevolent presence terrorizing them outside their doorstep. The cast includes Joel Edgerton, Riley Keough, Christopher Abbott, Carmen Ejogo and Kelvin Harrison Jr.