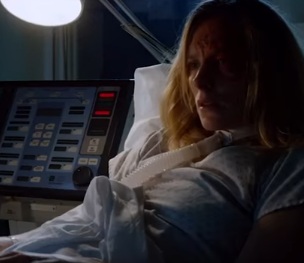 A paralyzed woman encounters an evil ghost in her hospital room – this is, shortly, the plot of the upcoming horror film Nails.

The film, marking the directorial debut of Dennis Bartok, revolves around Dana Milgrom, a track coach who finds herself trapped inside her own body, after a severe car accident. With an artificial voice program as her only means of communicating with her family, who think she’s suffered a breakdown, she soon discovers that an evil presence haunts her hospital room, intended on killing her, and her teenage daughter.

Nails will have its world premiere om February 20, at the Audi Dublin International Film Festival.