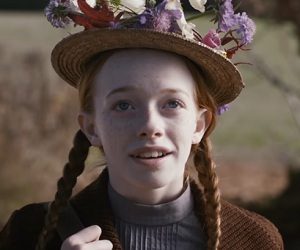 Netflix has announced the premiere date of the coming-of-age series Anne, its new series based on Lucy Maud Montgomery’s 1908 novel “Anne of Green Gables”.

The show, adapted by Moira Walley-Beckett (Emmy Award-winning writer) and directed by Niki Caro, is et in the lates 1890s, in Price Edward Island, and follows Anne Shirley, a 13-year-old orphaned girl sent to live in a small town with an aging sister, Marilla, and her brother, Matthew. Her unique spirit, her fierce intellect and brilliant imagination will change the lives of the two and of those living in the respective community. The series, tackling with timeless issues, such as identity, bullying, prejudice, and feminism, stars the Irish girl Amybeth McNulty in the leading role, Geraldine James, R.H. Thomson, and others.

Anne, introduced as “a new ginger in town” who doesn’t stand to be called “carrots”, is shown in only a few scenes in the trailer released by the streaming service, announcing that the series will premiere on May 12.