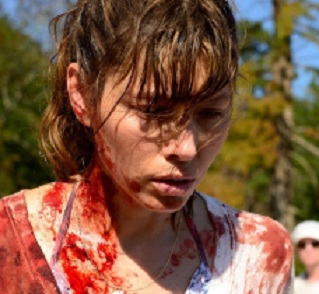 The new TV series, written by Derek Simonds based on Petra Hammesfahr’s international best-selling book of the same name, follows a young mother who commits a murder and, to her horror, has no idea why. An investigator embarks on the difficult quest to find out her buried motive for stabbing the victim in the neck and they both travel a harrowing journey into the depths of her psyche.

The question is not what happened. The question is “Why?” – is the message conveyed in the trailer, featuring Jessica Biel saying “I think there’s something wrong with me”.

The thriller marks Hessica Biel’s first gig as a series regular since the WB/CW’s drama 7th Heaven, where she played Mary Camden.