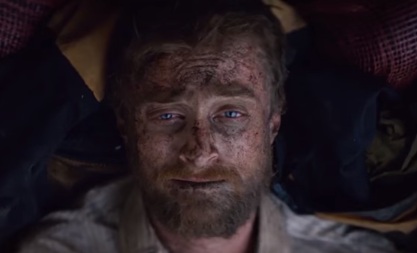 Daniel Radcliffe returns to the silver screen in the upcoming Australian thriller Jungle, set to premiere this fall, November 23.

The film, based on the international best-selling novel of the same name by Yossi Ghinsberg and directed by Greg McLean, follows a group of three friends as they trek into the Bolivian jungle with a fraudulent guide and struggle to stay alive while trying to find a lost friend. Jungle, telling the incredible true story of survival, stars also Thomas Kretschmann, Alex Russell, Joel Jackson, Jacek Koman, Lily Sullivan, Angie Milliken, Joey Vieira, and others.

The trailer features the moment Radcliffe is approached by the musterious guide and as he and two friends embark on the challening and dangerous journey.

Some of the jungle scenes, which have been filmed at Bonogin Valley, Gold Coast, Queensland, Australia, are shown, as well, but the promo doesn’t reveal too much, so watching the movie, set to be released on November 23, will definitely be a 2017 Movies: Jungle (Daniel Radcliffe) gripping experience.