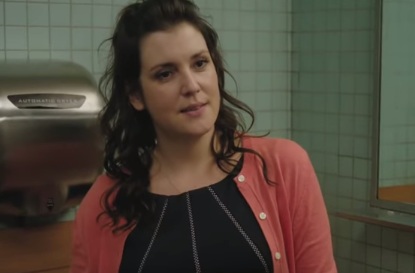 Little Boxes is an upcoming comedy drama, set to be released on April 14, about an interracial family who struggles to adjust when they move from New York City to a small town.

Written by Annie J. Howell and directed by Rob Meyer, the film follows Mack (Nelsan Ellis), Gina (Melanie Lynskey) and their teenage son Clark (Armani Jackson) as they leave New York City and move to Rome, a small, predominantly white town from Washinton State, where Gina has got a job. While the challenges of New York raised no problem for them, in the new community, things are not quite easy. They soon find themselves facing a series of situations they didn’t expect, and all they can do is try to deal with them with humour and keeping their family united.

The streaming rights to this film, which had its world premiere at the 2016 Tribeca Film Festival, have been acquired worldwide by Netflix.

The trailer, carrying the message “It’s not about who’s next door, it’s the family beside you that makes a home”, reveals quite much of the storyline, showing how Mack, Gina and Clark move to Rome and try to adjust. “Oh, my God, can you believe it? We like totally needed a black kid.”, says a little girl to her friend after meeting Clark for the first time. A man living in Rome says about Mack that “if you close your eyes you can’t even tell he’s black”.

The song used in the trailer is “I’m So Free” by Dan Price & Danny Williams.