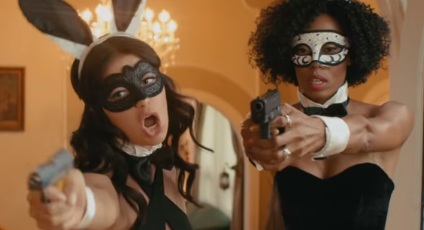 Nola Circus is a comedy about the rivalry between two competing barbershops from New Orleans, that turns the lives of the owners, their families and their friends upside down.

The trailer introduces the main characters: Will, a black hairdresser who fights racial prejudices, Marvin, the barber from across the street, who has two brothers: Hathi (aka The Big Ears) and Khan (aka Anaconda), Marvin’s girlfriend, Karen, who is a small time pot dealer, and Nola, a beautiful young white woman who has a secret affair with Will, and Denzel, Nola’s brother who starts kicking the ass of all those assumed to hang around Nola, after he turns from being protective to being extremely jealous.

The song used in the trailer is “On The Ground” by Polerick Rouviere feat. Amandine Bourgeois, from the “Nola Circus” album (Luc Annest’s Original Motion Picture Sountrack).

Nola Circus is scheduled to be released in the US theaters on April 21.