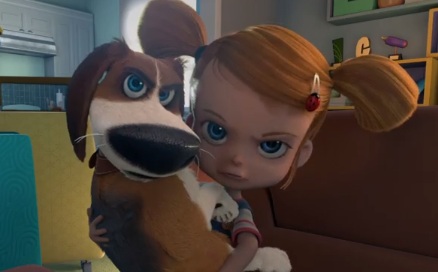 DIRECTV has released the trailer for the animation Ozzy, set to premiere on DIRECTV Cinema on March 23.

The adventure comedy film revolves around Ozzy, a friendly beagle whose life turns upside down when his family, the Martins, go on a trip in Japan and, being not allowed to take the dog, decide to leave him in a canine spa called “Blue Creek” and described as a heaven for dogs. The reality is totally different, though: the place, owned by a villain with the purpose to capture dogs, is a prison for dogs. Ozzy, who ends up in there, attempts to escape the prison and return home safely, with the help of his new friends, Chester, Fronky and Doc. The film, directed by tackles with friendship, courage, loyalty, and the ability to find our inner strength when faced to a hard situation.

The film is set to the released in the US theaters on April 21.

The song used in the trailer is “I Got Your Back” by Kayliann, from the 2015 album “Once I Was a Beehive (Music from the Original Motion Picture)”.