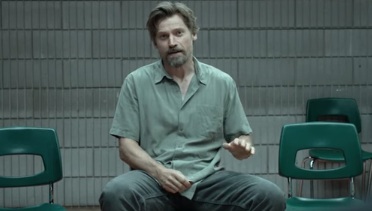 Netflix has released the official trailer for its upcoming drama thriller Small Crimes, acquired ahead of the SXSW world premiere last week.

The film, directed by E.L. Evan Katz, follows former cop Joe Denton who, after serving time for the attempted murder of a District Attorney, returns home looking for redemption and finds himself trapped in the cross fire between a crooked sheriff, the DA who’s now looking for revenge, and a mafia kingpin who knows too much.

The song used in the trailer is “Can You Get To That” by American band Funkadelic, from their 1971 album “Maggot Brain”.