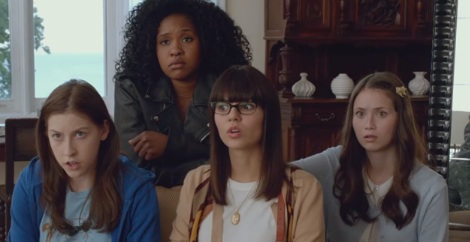 “No matter who you are, high school is the same. It’s the best of times, it’s the worst of times.” – this is how the trailer for the upcoming teen comedy film The Outcasts begins.

The movie, directed by Peter Hutchings, follows two best friends, Jodi and Mindy, who, after being the victims of a
humilianting prank, hatch a plan to start a social revolution. Motivated by the will to stand up for themselves, the girls convince the outsiders, snippets and weirdos of the school to band together and get revenge for all what they’ve been put through.

“This school year it’s geek vs. chic. Let the battle for high school begin” – is the message conveyed in the trailer, which reveals quite much of the storyline.

The Outcasts is scheduled to be released in a limited release and through VOD on April 14.