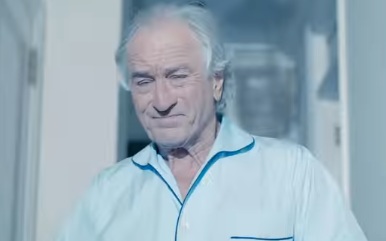 Robert De Niro plays Bernie Madoff in the upcoming biographical drama film The Wizard of Lies, set to air on HBO on May 20, at 8pm.

The film, based on Diana B. Henriques’ book “The Wizard of Lies: Bernie Madoff and the Death of Trust” and directed by Barry Levinson, revolves around the stockbroker and investment adviser Madoff, who was arrested in 2008 for having committed the largest financial fraud in the US history, known as Ponzi scheme, that led to financial ruin for countless people and institutions.

The trailer released by the TV channel starts with De Niro’s character saying that he kept “the secret” for 16 years from his wife, his brother and sons, and continues with some scenes showing the effect Madoff’s actions had on his family. Michelle Pfeiffer plays Ruth, Madoff’s wife, with Allesandro Nivola, Nathan Darrow, Lily Rabe, Sydney Gayle, Kristen Connolly, Steve Coulter, Kathrine Narducci, and Diana B. Henriques co-staring.