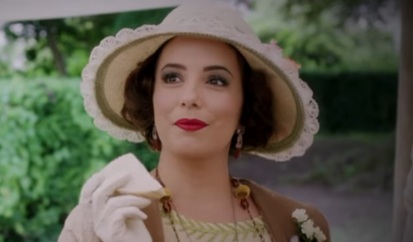 Adapted by James Wood, the series, set in the 1920s, follows Paul Pennyfeather, an innofensive divinity student at Oxford University, who is wrongly dismissed for indecent exposure after a prank by The Bollinger Club which had him as the victim. He finds a job at a public school in Wales and falls in love at first sight with Margot, the mother of one of the pupils. This is the reason why he agrees to tutor her son over the summer holidays, without imagining the surprises lying ahead of him.

Decline and Fall, directed by Guillem Morale and executive produced by Ben Cavey, Will Gould, and James Wood, marks 50 years since Waugh’s death.

The song used in the trailer is “Aventura Espana” by British musician, performer, composer and music producer Barnaby Robson, from his 2014 album “One Liners: Quirky Fun Musical Moments”.