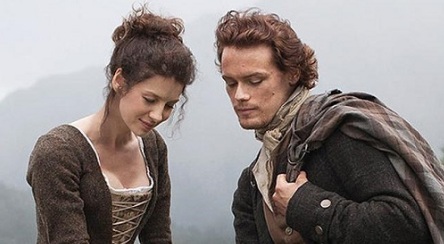 “This season, forget the past, rewrite history” – is the message conveyed in the trailer for the second season of Outlander, released by Starz, inviting you to catch up on all episodes, before the premiere of the third season, this fall.

The drama series based on the historical time travel Outlander series of novels by Diana Gabaldon and developed by Ronald D. Moore, follows Claire Randall, a married WWII nurse who, in 1945, finds herself transported back to the Scotland of 1743, where she meets Jamie Fraser, a Highland warrior, and gets entangled in the Jacobite risings.

The third season picks up right after Claire travels through the stones to return to her life in 1948, illustrating her attempt to deal with the effect her sudden return has on her marriage with her first husband, especially that now she’s carrying Jamie’s child. Meanwhile, in the 18th century, Jamie must deal with Claire’s loss and the consequences of his doomed last stand at the historic battle of Culloden. At time passes by, the two lovers try to make a life apart from one another, thinking though continuously about getting back together. Then again, the path to reunion is not easy, being paved with mystery, adventure, and adversity.

The series, starring Caitriona Balfe, Sam Heughan, Gary Lewis, Tobias Menzies, Lotte Verbeek, Laura Donnelly, Bill Paterson, and others, is scheduled to return with its 13-episode third season in September. There isn’t a specific premiere date, but one thing is sure: after the third season, there will be a fourth one.