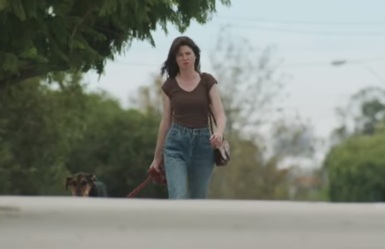 The upcoming crime thriller Hounds of Love, marking the feature directorial debut of Australian filmmaker Ben Young, has got a new trailer.

The film, based on the true story of a crime known as the Moorhouse Murders, is set in Perth (Australia), in the mid-1980s and revolves around 17-year-old Vicki Maloney, who is abducted from a suburban street by a disturbed couple, serial killers John and Evelyn White. The girl realizes that, in order to survive, she must find a way to drive a wedge between the two. The clip reveals a scene in which Vicki tries to do that by telling Evelyn that John doesn’t love her and that he only uses her.

Hounds of Love, starring Ashleigh Cummings, Emma Booth, Stephen Curry, Damian de Montemas, Susie Porter, and Harrison Gilbertson, premiered at the 2016 Venice Film Fesrival, and was screened at the SXSW and Tribeca Film Festivals this year. Its release in theaters and on VOD is scheduled for May 12.