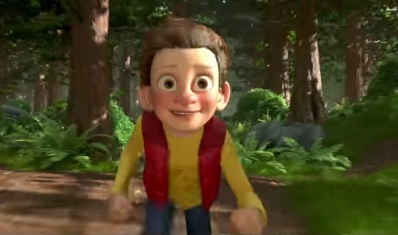 Written by Bob Barlen and Cal Brunker and directed by Jeremy Degruson and Ben Stassen, the film follows teenage outsider Adam as he sets out on the challenging mission to uncover the mystery behind the disappearance, years ago, of his dad. The boy finds out that his father is the legendary Bigfoot, who decided to run away and hide in the forest to protect himself and his family from HairCo., a giant corporation eager to run scientific experiments with his special DNA, and that is now on his traces. However, Adam discovers that he has amazing superpowers, which are helpful in his encounter with HairCo.

The teaser trailer, carrying the message that “this year, the wildest legend of all comes to life in an epic adventure”, features Adam as he faces all kind of dangers in the deep forests, while searching for his father.

Son of Bigfoot is set to hit the UK theaters on August 11.