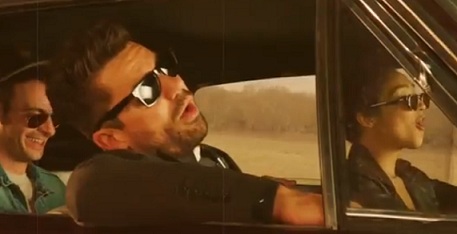 Preacher returns to AMC, this summer, with its second season. The TV channel has released a teaser trailer for its dark comedy series, revolving around former outlaw Jesse Custer (Dominic Cooper) who returns home to Annville, Texas, to take over his dad’s church and become a preacher.

Based on Garth Ennis and Steve Dillon’s popular 1990s comic book franchise of the same name, the TV show follows Jesse, whose body is inhabited by a force that gives him the power to control people with just a word, as he, together with his ex-girlfriend Tulip and his friend Cassidy, who is a vampire, are thrust into a twisted battle spanning Heave, Hell and everywhere in between.

The promo launched by AMC invites you to get a first look at the mayhem of the upcoming season, featuring the trio embark on a wild road trip. The song playing in the background is “Come On Eileen” by English pop band with soul influences Dexys Midnight Runners, from their 1982 album “Too-Rye-Ay”.