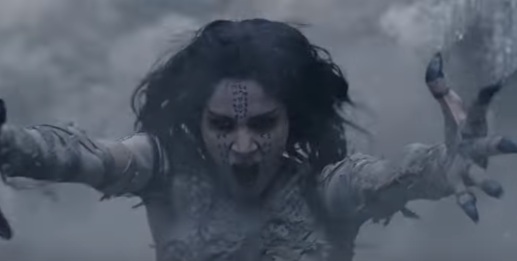 A second trailer for the upcoming thriller The Mummy, starring Tom Cruise, has been released.

The promo shows Cruise’s character, Nick Morton, and his team learning that the ancient tomb they accidentaly discovered in Egypt is actually a former prison. We get a glimpse into the ancient Egypt, as well, where a young woman who was chosen to be Egypt’s next queen has been mummified and entombed deep beneath the desert because she had murdered the pharaoh in his sleep. “Her thirst for power led her down a darker path, one that had to be stopped.” – it is revealed in the trailer, which reveals also that she (the Mummy), described as “an ancient power”, has returned and she’s using Morton to get back the power she lost.

“She will not stop until she has remade our world into her own”, says Russel Crowe, who plays Dr. Henry Jekyll. “You can’t run. You can’t escape. She’s got plans for you”, Cruise’s character is told.

The song used in the trailer is “Paint It, Black” by The Rolling Stones.