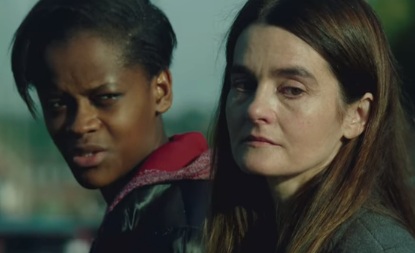 “This year, experience the story about the struggles that change us and the music that unites us” – this is the message conveyed in the trailer for the drama film Urban Hymn, directed by Michael Caton-Jones.

Set against the backdrop of the 2011 UK summer riots, the film is a coming of age story about a teenage girl offender who has a remarkable voice and is encouraged by an inspiring social worker to use it as an escape from her troubled background.

With a cast including Letitia Wright, Shirley Henderson, Ian Hart, Steven Mackintosh, Shaun Parkes, and others, Urban Hymn is slated for a limited release in theaters and on DVD on May 12.

The song used in the trailer is “Standing in the Right Place” by Letitia Wright & The Urban Hymn Choir, from the Original Motion Picture Soundtrack Album.