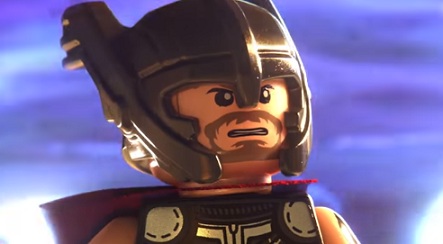 Marvel Entertainment has released the trailer for the upcoming Lego-themed action-adventure video game Marvel
Super Heroes 2, set to be released this fall, on November 14.

Developed by TT Games and published by Warner Bros. Interactive Entertainment for Microsoft Windows, PlayStation 4, Nintendo Switch and Xbox One, the new game, a sequel to the 2013 Lego Marvel Super Heroes, enables players to go head-to-head with the time-traveling villain Kang the Conqueror in an epic battle across Chronopolis, from Ancient Egypt and The Old West to Sakaar and New York City in 2099, while controlling Marvel Super Heroes and Super Villains, including Cowboy Captain America, Spider-Man, the Guardians of the Galaxy, Thor, Black Panther, Hulk, Captain Marvel, Green Goblin, Doctor Strange, and dozens of other iconic characters.

The trailer begins with Rocket Raccoon asking Groot “what’s the worst it can happen if you mess with a space time
continuum?” and giving the answer himself (“A planet with a face”) and adding “That’s not creepy at all”. A host of Marvel characters, as mentioned above, are featured in action, while in the background the hit single “Tick Tick Boom” by Swedish rock band The Hives, from their 2007 album “The Black and White Album” is playing.