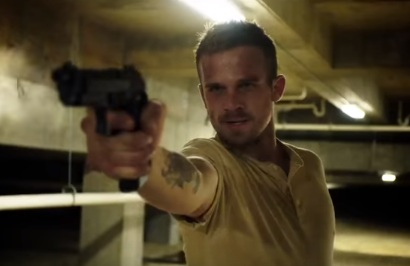 Black Site Delta is an upcoming action adventure film about a band of military prisoners who must fight off a terrorist attack on the remote black site prison where they’re being held, which is a cover for a secret drone control facility.

The trailer, released with the message “When evil threatens the world, the good guys aren’t around”, features how the prisoners get armed and start fighting against the terrorists, who are convinced that the government doesn’t care about them.

Black Site Delta is set to be released in select theaters on May 5 and on DVD on May 9.