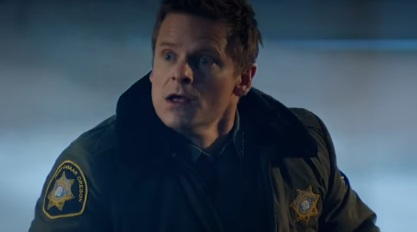 A 15-second teaser has been dropped for the upcoming sci-fi action drama series The Crossing, one of the six new shows picked up by ABC for its 2017-2018 television season.

The series, created by Jay Beattie and Dan Dworkin, follows a group of American refugees as they seek asylum in an
American fishing town after leaving their war-torn country, fleeing a war that hasn’t happened yet. At the center of this allegory there are a mother in search of her missing refugee daughter, a federal agent and the local sheriff, and a conspiracy.

The short clip, featuring the onscreen lines “500 refugees”, “47 survivors”, “1 unimaginable secret”, reveals a scene where Zahn’s character finds out from a little girl that he saved from drowning that there will be a war.

The track playing in the background is a cover of “Closer” by Kings Of Leon.