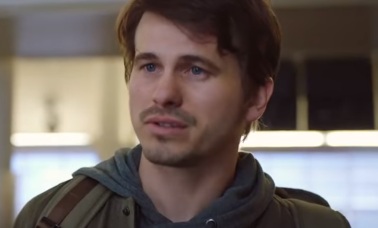 ABC has dropped a teaser for the upcoming comedy drama series The Gospel of Kevin, which is one of the shows picked up by the TV channel for its 2017-2018 season.

The series, from executive producers Michele Fazekas & Tara Butters, revolves around Kevin Finn (Jason Ritter), a guy who has a hard mission to accomplish, given by a celestial being named Yvette. The latter has chosen him to find and recruit 35 persons who can restore a sacred balance that will ultimately save the world, according to the official plot summary. The cast includes also JoAnna Garcia Swisher as Kevin’s widowed twin sister, with whom Kevin returns to live for a while, and Cristela Alonzo as Yvette.

In the 15-second teaser, the voiceover introduces Kevin, who says about himself that he’s not “a good person”, mentioning that “he’s been chosen to save the world”.

The song playing in the background is “The Walker” by LA indie pop and neo soul band Fitz and The Tantrums, from their second album, “More Than Just a Dream”, released in 2013.