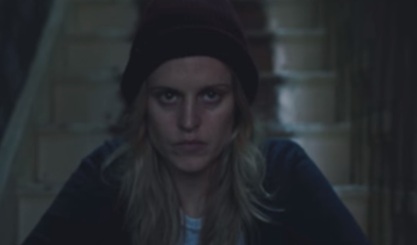 The trailer for the upcoming thrilling three-part drama series Paula, set to premiere on BBC Two, on May 25, at 9pm, has been released.

The new TV show, written by Conor McPherson and directed by Alex Holmes, follows Paula, a chemistry teacher whose life takes a dramatic turn after a one-night stand with James, a handsome ducker that comes to her house to help her get rid of the rats invading her basement. Not long after, James tries to use information about Paula’s personal life to blackmail one of her colleagues and when he flies into a rage, things spin out of control. The two find themselves entangled in a dance of destruction that only one of them can survive.

The 30-second promo, conveying the message “Careful who you let in”, features Paula (Denise Goug) telling James
(Tom Hughes) that she has never slept with a man that she just met. “You could be some psycho”, she also tells him, without imagining that she’s close.

The song playing in the trailer is the single “Future Starts Slow” by indie rock band The Kills, from their fourth studio album, “Blood Pressures”, released in 2011, which has been featured as the opening theme for the miniseries Political Animals, starring Sigourney Weaver.