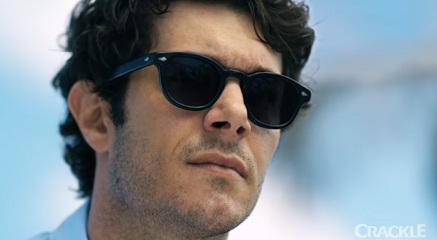 Crackle has dropped a trailer for its new drama series “StartUp”, whose first season is now streaming free.

The show, created, directed, written and executive produced by Ben Ketai, revolves around three unlikely allies – Nick Talman, a young banker from Brickell (Adam Brody), Ronald Dacey, a Haitian gang leader (Edi Gathegi), and Izzy Morales, a beautiful Cuban hacker (Otmara Marrero) – who launch GenCoin, a possible game changer in the world of finance, which is uses untaxed and untraceable digital currency. As they embark on this “adventure”, on the wrong side of the tracks, in Miami, brilliant FBI agent Phil Rask (Martin Freeman) sets out to inquire into their activity.

The series tackles with the power of money and gives an outlook to a society where high-tech erodes government control.

The song used in the trailer is “Monster vs. Angel” by Swedish producer WDL (Johan Wedel by his real name) feat. Mawe, from his 2016 album “No Wings Airline”.

StartUp returns with its second season this fall, on September 28.