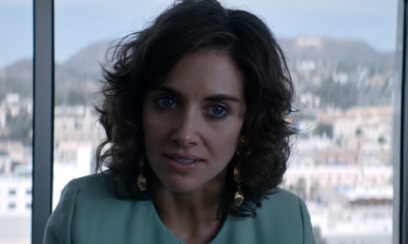 Netflix has released the trailer for its upcoming original comedy series GLOW, set to be released this summer, on June 23.

The new TV show, created by Liz Flahive and Carly Mensch, is set in the 1980s Los Angeles and follows Ruth, a struggling actress who, after being out-of-work for a while, enters the glitter and spandex world of women’s wrestling, into a syndicate named Gorgeous Ladies of Wrestling. There, besides working with 12 Hollywood misfits and a washed-up B-movie director, she must compete with a former soap actress, who is eager to do anything to reach the wrestling super stardom.

The trailer features how Ruth ends up in the GLOW and some of the challenges that she must deal with at her new job.