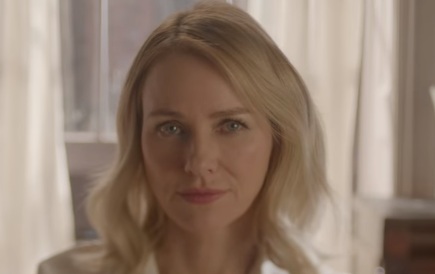 The clip, titled “The Oath”, alternates images of Watts in her practice, taking the Psychotherapist’s Oath, and images of her violating ethical behavior on multiple occasions. “I will always provide a safe and trusting haven for my patients. I will remain objective in my relationships. I will not violate the physical boundaries of the patient. And will always do no harm.” – says Watts, while scenes of her having a sexual encounter with another woman, who seems to be one of her patients, comes to prove that she has no problem crossing the borders implied by the Oath.