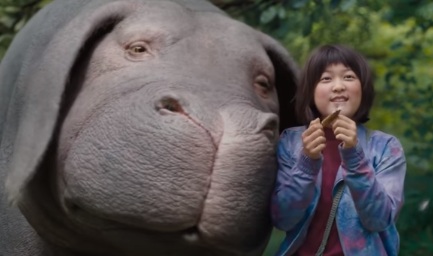 Okja is an upcoming fantasy movie, scheduled to be released globally on June 28, on Netflix.

The movie follows a young Korean girl named Mija who risks everything to save her best friend, a large creature named Okja, from being taken away by a powerful, multi-national company.

The song used in the trailer is “Dedicated To The One I Love” by The Mamas & The Papas.