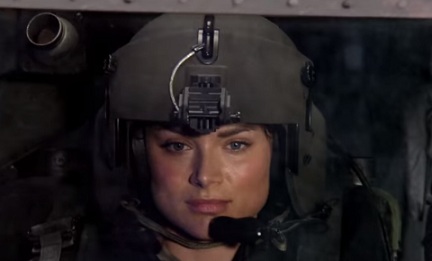 Valor, one of the shows coming this fall to The CW, has got a first look trailer.

The new military drama series, written by Kyle Jarrow and directed by Michael M. Robin, follows two members of an elite unit of the US Army helicopter pilots called Shadow Raiders who are the only survivors after a top secret mission that goes terribly awry. They, Warrant Officer Nora Madani and her commanding officer, Captain Leland Gallo, must deal with their feelings, as they grow closer, but also with their sense of duty and honor.

“I joined the Army to be one of the good guys. That is not how this feels”, says Nora to Leland in one of their conversations, tormented by the fact that they lied in their debriefs after the mission and that now they run the risk of being caught. Moreover, she lies also to her boyfriend, as between her and Leland there is a strong desire that cannot be ignored.