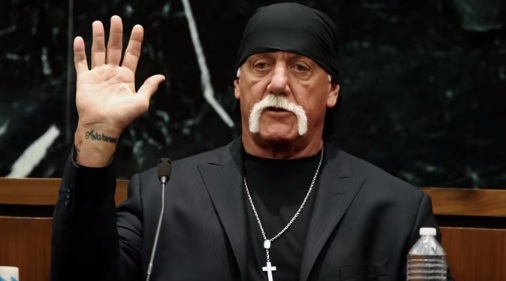 Netflix has released the official trailer for its upcoming original documentary Nobody Speak: Trials of the Free Press, about Hulk Hogan’s court case against Gawker Media, which pitted privacy rights against freedom of the press.

Directed by Brian Knappenberger, the documentary chronicles how the reporters investigating the Hulk Hogan sex tape and the sale of the Las Vegas Journal-Review found out that some billionaires were covertly using their fortunes to silence the media.

The trailer starts with information about the former WWF champion’s $100 million lawsuit over a tape that was posted online by the website Gawker, revealing that it’s the first celebrity sex tape case to go to trial and that it put Internet privacy in a battle against freedom of the press. As images of the involved parties are shown, it is also revealed that “Gawker becomes convinced that somebody with a different agenda is financing this lawsuit” and that billionaire Peter Thiel, a co-founder of PayPal, whose sexual orientation made the subject of an article published on Gawker nine years before Hogan’s legal fight, is secretely paying the expenses for his lawsuit because he wants to bring Gawker down.

Donald Trump is also featured during one of his press conferences, saying “We’re gonna open up those libel laws
and we’re gonna have people sue you like you never got sued before”, as well as Sheldon Adelson, who bought the Las Vegas Review-Journal.

The documentary, nominated for a Grand Jury Prize at the 2017 Sundance Film Festival, is set to launch on the streaming service on June 23.