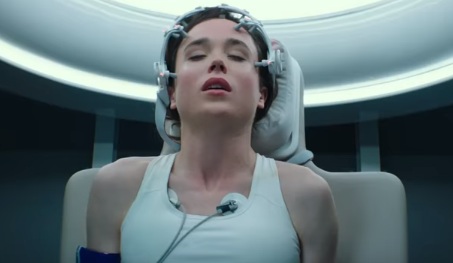 Nina Dobrev, Ellen Page, James Norton, Diego Luna, and Kiersey Clemons have teamed up for the sequel to the 1990 horror film Flatliners, set to be released this fall, on September 29.

Written by Ben Ripley and directed by Niels Arden Oplev, this year’s Flatliners, a sci-fi psychological horror, revolves around five medical students who, in their attempt to unravel the mystery of what happens after death, embark on a dangerous experiment that implies having their heart stopped. While at first the duration of the “near death” experience is of one minute, later on they begin to extend it, which puts their lives in danger as they are forced to deal with paranormal consequences of journeying to the other side.

The trailer features Page’s character, Courtney, coming up with the idea to have her heart stopped for a minute, and the other main characters following her example. Asked if she saw “a white light”, she answers that “there’s more like pure energy” and shows them that she is now able to play the piano. The situation takes a dramatic turn as they seem to become the target of paranormal forces willing to hunt them down.

The song playing in the trailer is “Soto Mundo” by English electronic music group 2 Bit Pie, from their 2006 album
“2Pie Island”.