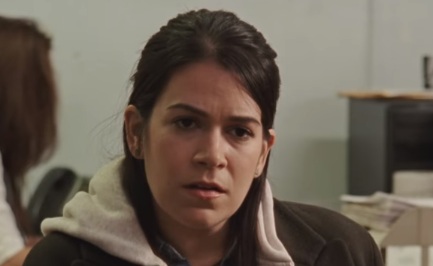 Magnolia Pictures has released the trailer for the upcoming comedy drama Person to Person, set to be released
in theaters and on demand this summer, on July 28.

Written and directed by Dustin Guy Defa, the film is set in New York City, with the action taking place during a single day, with a variety of characters in the spotlight as they grapple with the mundane, the unexpected, and the larger questions permeating their lives. The “protagonists” are an investigative reporter who struggles with her first day on the job, despite help from her misguided boss, a rebellious teenage girl who attempts to balance her feminist ideals with other desires, and a young man who seeks to reconcile with his ex-girlfriend, even as her brother threatens revenge, and an avid music lover who traverses the city in search of a rare record for his vinyl collection.

The trailer, carrying the message “In a city of 8 million people, there are bound to be a few good stories.”, starts with Cera’s character, the boss of the investigative reporter, informing the latter that they’re working on a story “that’s either a suicide or a murder” and when she reveals she didn’t realize that they were going to be jumping into “something so big”, he states that “it’s big and it’s not big”, “depending on how you see it”, adding that “terrible things happen every day in this city”. Another scene, featuring the conversation between two female friends, sounds like this: “I understand the insatiable urge to procreate with your boyfriend, but I’ve never seen Scott think deeply about anything other than your body” – says one of them. “I detest the way you detest people” – answers her friend. “I know, and I love you for that.” – says the first one. “I’m not crying. My eyes are always moist. I’m too emotionally detached from life to cry.” – says another character.

The songs used in the trailer are “What You Need” by Gospel Ensemble and “Look In The Mirror” by Vondors.