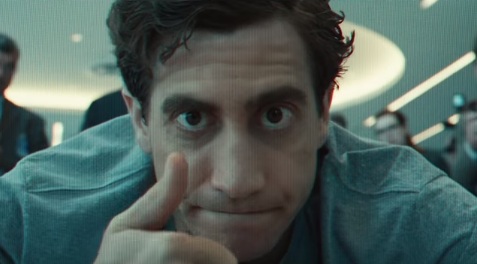 The trailer for the upcoming drama film Stronger, about a victim of the Boston Marathon bombing in 2013, has been released.

Based on the book of the same name by Jeff Bauman and Bret Witter and directed by David Gordon Green, the film tells the true story of Jeff Bauman (played by Jake Gyllenhaal), a man who lost his legs in the Boston Marathon bombing and tried to adjust to his new life, making everything he could to walk again, for his girlfriend, Erin (played by Tatiana Maslany).

The trailer starts with Gyllenhaal in a bar telling clients that the woman next to him, Erin, is running the marathon to help a hospital and asking them to donate to a good cause. The crowd’s cheering and applause soon give way to tense and dramatic scenes. “Doesn’t show up for anything, then he shows up” – says Maslany’s character, Erin, referring to Jeff, who waited for her at the finish line, with a big sign, just like he had promised. Unfortunately, this meant being right where the explosion occurred, making him lose his legs. Gyllenhaal is featured in heartbreaking scenes, enduring physical pain and emotional trauma, trying hard not to scream and cry and then shedding tears while holding his face against a window.

“Loss changes us. Tragedy tests us. Strenght defines us.” – is the message conveyed in the trailer, which also reveals how Jeff fought for another chance at a “normal” life. “There was this time in the hospital, but I just wanted to give up and now I just wanna live” – says Gyllenhaal’s character, who promises to Erin that he’s going to walk with her someday.

The song playing in the trailer is “Rise Up” by American singer and songwriter Andra Day, from her 2015 album “Cheers to the Fall”.