2017 Movies: Thank You for Your Service (Trailer Song) 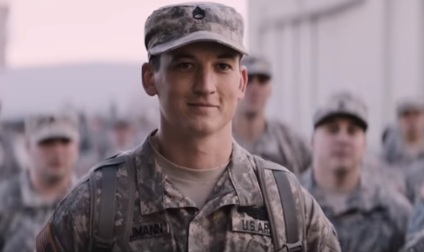 Thank You for Your Service is an upcoming 2017 American movie, produced by DreamWorks Pictures and scheduled to be released on October 27, 2017.

Based on the book of the same name by David Finkel, the film portrays the life after Iraq war of the soldiers returned home, the posttraumatic stress disorder, and the way this disorder affects them and their families.

The song playing in the background is “Human” by Rag’n’Bone Man.