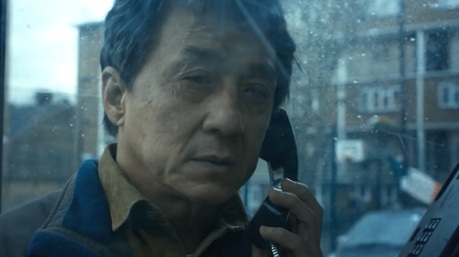 Jackie Chan returns to the silver screen, this fall, as a grieving father seeking revenge in the upcoming action thriller film The Foreigner.

Based on Stephen Leather’s 1992 novel The Chinaman and directed by Martin Campbell, the upcoming film, set in London, follows Quan (Chan), a restaurant owner who embarks on a mission of revenge after his teenage daughter is killed in a bombing by Irish terrorists.

The trailer features Chan as a father obsessed with tracking down the killers of his daughter, meeting up with Hennessy, who seems to try to keep the true details from coming out and thwart Quan’s revenge plan. Quan is described as a “trained” man, “maybe Special Forces”, while the fighting scenes come to illustrate that this statement is true. Eager to find out the names of those responsible for his daughter’s death, Quan does whatever it takes, with determination and cold blood.

The trailer, released with the message “Never push a good man too far.”, features the track “Saturdays = Celebration” by Big K.R.I.T. feat. Jamie N Commons from the album “Cadillactica”.

The Foreigner is scheduled to be released in the US theaters this fall, on October 13.