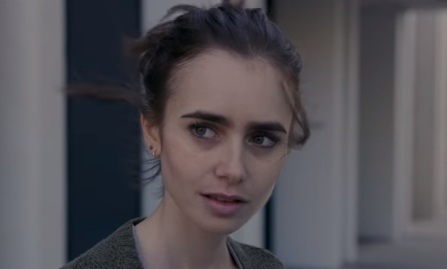 Netflix has just droped the official trailer for its upcoming original film To The Bone, set to be released on July 14.

The drama film, which premiered earlier this year at the Sundance Film Festival, follows 20-year-old Ellen (Lily Collins), an anorexic girl who goes on a journey of self-discovery after reluctantly entering an unconventional treatment program. There, she meets an unconventional doctor (Keanu Reeves) and bonds with other residents struggling with eating disorders, learning in the process that she is stronger than she had imagined.

The trailer starts with Collins’ character being described by her sister as a person with “calorie Aspergers”, and continues with her entering the group home run by Reeve’s character, who tells her, after a consultation, “I’m not going to treat you if you aren’t interested in living”. He is the one who gathers all the residents outside, on a rainy night, to remind them to enjoy the little things because they’re alive.

The songs used in the trailer are “Come and Get It” by Problem Child and “Something Worth Fighting” For by Josh Auer.