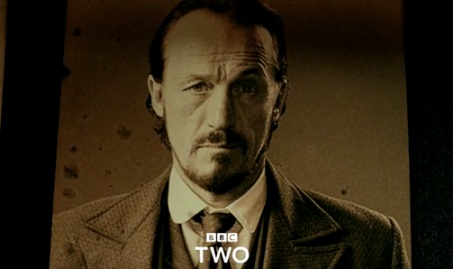 “When the enemy is the law, where is justice?” – this is the question raised in the trailer for the fifth season of Ripper Street, coming soon to BBC Two.

The promo highlights that the gritty, immersive crime story is back, now with a lot more mysteries that need to be unravelled. The Whitechapel police continue their fight to bring law to the lawless in the wake of Jack the Ripper’s reign of terror. The first episode of the new season (consisting of six episodes), titled “Closed Casket”, sees Bennet Drake’s old friends Edmund Reid, Homer Jackson and Long Susan uniting to avenge his cruel murder, but they themselves are now hunted by the police. Moreover, assistant commissioner Augustus Dove has hired a notorious enemy from Reid’s past, Jedediah Shine, to take charge of Leman Street police station.

The song used in the trailer is the single “Raise Hell” by American rock band from Los Angeles, California, Dorothy, from their debut album, “Rockisdead”.

Ripper Street is set to premiere on Monday, June 19, at 9pm.