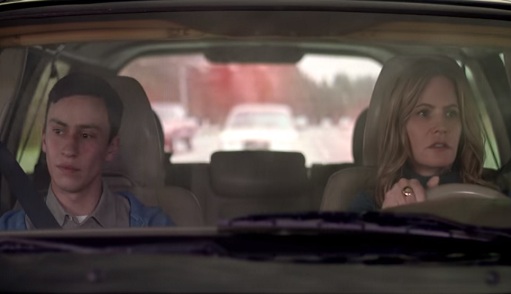 Netflix has droped a short trailer for its upcoming original series Atypical, announcing that it will arrive August 11, only on the streaming service.

The new TV show, created by “How I Met Your Mother” alum Robia RashidRobia Rashid, revolves around Sam (played by British actor Keir Gilchrist), an 18-year-old on the autism spectrum, who takes a funny, yet painful journey of self-discovery for love and independence.

The clip features Sam in the car with his mother, Elsa (Jennifer Jason Leigh), telling her that he wants to go on a date. “Aren’t you afraid of getting hurt?” – asks him mom, who’s answered first with a joke: “Hum, not unless I date a great white shark.” The teenager says that he understood what she meant and reveals that talking to girls makes him a little nervous, but he’s “getting older” and he “really really” hopes that he’ll get to see boobs, leaving his mother speechless.