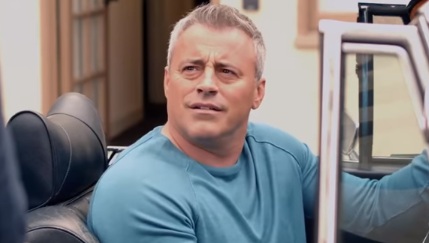 Showtime has released a teaser trailer for the fifth and final season of Episodes, the comedy series starring Matt LeBlanc as himself, announcing that the premiere is slated for August 20, at 10PM ET/PT.

The show created by David Crane and Jeffrey Klarik, giving viewers a behind-the-scenes picture on the entertainment industry, follows husband and wife writing team Sean and Beverly Lincoln as they set out to reproduce their British TV hit for an American network and find themselves forced to deal with Matt LeBlanc, cast by the network in the leading role, who twists their series into a cliché and puts their marriage at test through all kinds of diversions and temptations.

The short promo released by the TV channel for the upcoming season, which will consist of seven episodes and see LeBlanc working as the host of a wildly successful game show named “The Box”, features him having a phone conversation with his agent, who seems to be willing to fire him, and saying “I thought we had a Pay or Play Deal”.

When he’s told about “The Morals Clause”, LeBlanc answers “You’ve never told me there was a Morals Clause” and starts to say the f word lots of time, threatening that he will go away.

The series, starring also Stephen Mangan, Tamsin Greig, Bruce Mackinnon, Kathleen Rose Perkins, John Pankow, Rogert Bart, Mircea Monroe and other others, has received 10 Emmy nominations including outstanding lead actor in a comedy for LeBlanc and outstanding writing for Jeffrey Klarik and David Crane for every single season the series has been eligible.

The song playing in the trailer is “Ride Of The Valkyries” by Richard Wagner.