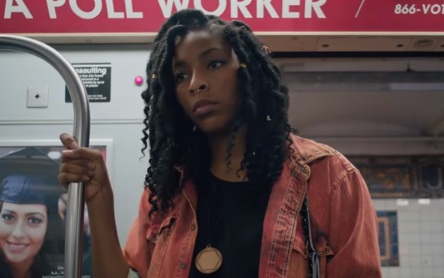 Written and directed by James C. Strouse, the movie follows Jessica, a struggling playwright living in New York City, who forms, while on the rebound from a break-up, an unlikely friendship with a divorced app designer she meets on a blind date.

The clip features Jessica Williams in various scenes, on a blind date, dancing in the flat she’s living, trying to convince a guy in the subway, through a persistent yet discreet look, to stop staying with his legs spread so that she could sit, too, until she makes him a hand sign given that he didn’t understand her. In one of them, hired as a waitress to an event, she tells a lady she’s “pretty”, “smart” and “Coco Queen”.

The film, which premiered at this year’s Sundance Film Festival, was acquired by the streaming service a few days ahead of its premiere, and is set to be released on July 28.