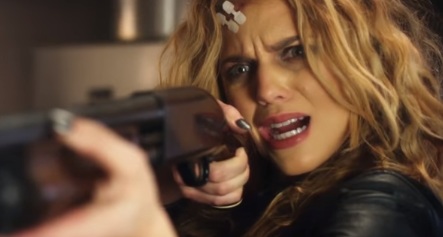 The trailer for the upcoming black comedy-crime film 68 Kill, based on Bryan Smith’s book of the same name, has been released.

Written and directed by Trent Haag, the movie follows Chip (Matthew Gray Gubler), a “simple guy” whose girlfriend, Liza (AnnaLynne McCord), that supplements their income with a sugar daddy, suggests that they steal money from the latter. When they put this plan into practice, Chip’s life takes a dramatic turn, finding himself in a mess, with a dead body and a kidnapped young woman in his trunk.

The trailer reveals that Chip ends up threatened with a gun by the woman he and Liza abducted from the sugar daddy’s mansion, who realizes that he got manipulated into murder and kidnapping. Apparently, he and this woman run with the money stolen from the rich man, and Liza goes after them, to take the money back.

68 Kill premiered at this year’s South by Southwest Film Festival and is set to be released in the US this summer, on August 4.