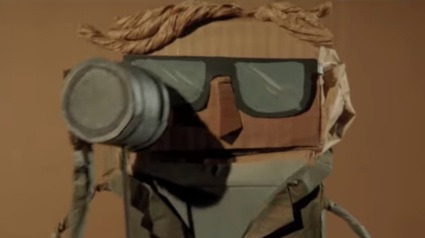 “Just because you’re lost, doesn’t mean you’re on the wrong side. If you want to survive the fantasy world, think outside the boxes” – this is the message conveyed in the trailer for the fantasy movie Dave Made a Maze.

The film, which marks the directorial debut of Bill Watterson, follows an artist who builds a fort out of cardboard in his living room and ends up trapped in there by the fantastical pitfalls, booby traps, and other creatures. Soon, his girlfriend embarks, together with a team she’s gathered, on a mission to save him, but what could save them all is to complete the maze.

The film is scheduled to be released on in the US theaters and on VOD this summer, on August 18.

The song used in the trailer is “Pinball” by Tandemoro.