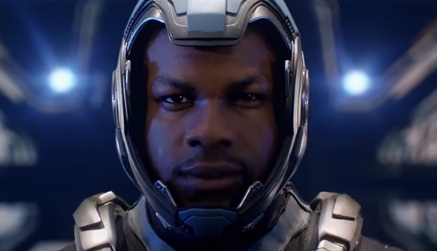 A first trailer for the highly anticipated follow-up to the epic 2013 action-adventure Pacific Rim has been released.

The film, Pacific Rim: Uprising, with a script penned by Zak Penn, and Jon Spaights, and directed by Steven DeKnight, stars John Boyega and Scott Eastwood and is set to be released worldwide in 3D on February 23rd, 2018.

The trailer features the protagonists, including Jaeger Gipsy Avenger, an evolution of the iconic Gipsy Danger mech from Guillermo del Toro’s original, Bracer Phoenix, Titan Redeemer, a new Pacific Rim: Uprising Jaeger mech, which is also available for pre-order through Amazon and comes with a few unique specs regarding the Jaeger and what we can expect from its performance in the Pacific Rim sequel. While the Gipsy Avenger action figure is currently priced at $23.99, Bracer Phoenix is priced at $32.99.

The song used in the trailer is “Beast” by Chris Classic, which was used also in the debut trailer for the Xbox Exclusive game “Crackdown 3” and in the “Our Dancing Days” promo for Fox’s hit series “Empire”.