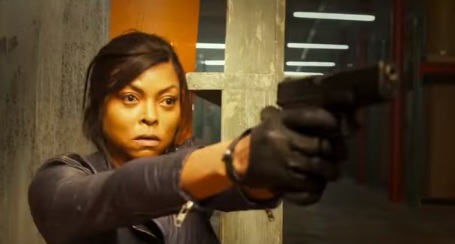 Taraji P. Henson is an assassin in the upcoming action thriller Proud Mary.

The Emmy award-winner actress plays a hitwoman working for an organized crime family in Boston, whose life
is turned around after meeting a young boy whose path she crosses when a professional hit goes bad.

The first trailer released for the film, set to the rhythms of Tina Turner’s “Proud Mary”, sees Henson’s
character, named Mary, dressing in leather, stepping into knee-high heels and putting on red lipstick
before opening her secret weapons closet and “gearing” up for her “gigs”. She seems to be very good at her job,
jugding by the scenes revealed in the trailer, which also features the encounter with the young boy who
sparks her maternal instinct, according to the plot. The trailer, focusing on action-packed scenes, ends
abruptly with Henson’s character introducing herself to the boy.

Written by John Stuart Newman & Christian Swegal and Steven Antin and directed by Babak Najafi, the film
stars also Billy Brown, Jahi Di’Allo Winston and Danny Glover and is set to be released this winter, on
January 12, 2018.