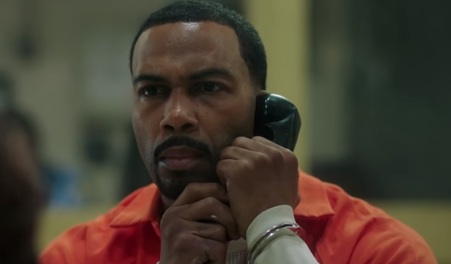 Netflix UK has droped the Season 4 trailer for the crime drama series Power, highlighting that Power Mondays are back and urging you to catch a new episode every week, exclusively on Netflix UK.

From executive producer Curtis Jackson (aka “50 Cent”) and show creator Courtney Kemp Agboh (also known for “The Good Wife”), the series revolves around James St. Patrick (“Ghost”), a rich New York night club owner who lives a double life as a drug kingpin, putting in the spotlight both the glamorous lifestyles of Manhattan’s rich and infamous and the dark underworld of the international drug trade.

The trailer features Ghost in jail, with 50 Cent’s character telling him about the first night in jail. “That first night in jail, no idea what’s going to happen to you. You’re away from everything that comforts you, everything that makes you feel at home. That’s real fear”. After stating that he’s being set up, his lawyer presents him his strategy, to make people believe he is a “legit club owner”. “The fight of his life could cost them everything” – is the message conveyed in the trailer.

The music playing in the background is the 2016 single “This Is a War” by the rock group The Phantoms from Nashville, TN, which is the official theme of WWE Battleground and was featured also in Person of Interest (CBS) trailer.