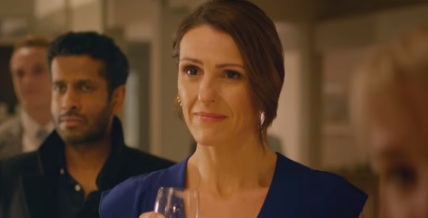 The multi-award winning Doctor Foster returns to BBC One with season 2.

The TV channel has released a trailer (without revealing the premiere date, though) for the successful drama series revolving around Doctor Gemma Foster (Suranne Jones), whose life takes a dramatic turn when she investigates her husband’s secrets.

The trailer reveals that the upcoming season, which will pick up a couple of years after the finale of the first season, will be also marked by tension, with Gemma being confronted by her ex-husband, Simon (Bertie Carvel), who returns to Parminster together with his mistress, Kate Parks (Jodie Comer).

“Hopefully it’ll be peace and quiet from now on.” – the latter says at a party, where Gemma is also present, looking at her.

The song used in the trailer is the 2014 single “Figure It Out” by British rock duo Royal Blood, from their eponymous debut studio album, “Royal Blood”.