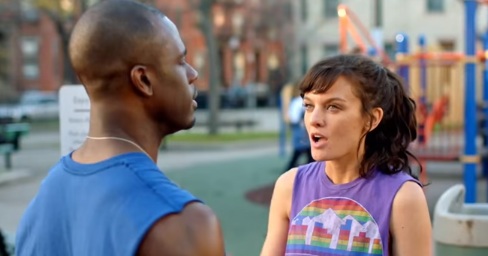 Showtime has released the trailer for its new original series Smilf, revealing that it will premiere on November 5.

Adapted from Frankie Shaw’s 2015 Sundance Film Festival Jury award-winning short film, the comedy series stars Frankie Shaw herself (who also served as a writer, producer and director) as Bridgette, a single mom from Southie, Boston, who must deal with the her desires for sex, relationships, and a career while taking care of her little boy.

The trailer begins with Frankie’s character flirting with one of the guys with whom she played basketball and being flaked out when she reveals she is the mother of a toddler. Scenes illustrating her life as a single mom struggling to find a balance between motherhood and her desires are also shown, such as her playing with the kid, bathing him and wrapping him up in a paper towel because she didn’t have a normal one, and, on another hand, trying to have an intimate encounter with a seemingly old friend that compliments her with “you look homeless great!”.

The song playing in the trailer is “World News” by LA-based indie rock band Local Natives, from their debut album, “Gorilla Manor”, released in 2009.