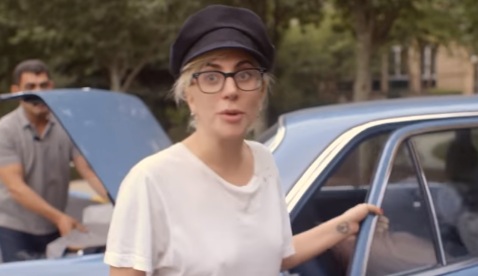 The documentary follows the multiplatinum singer-songwriter as she works to release a new album, prepares for her Super Bowl halftime show, and confronts physical and emotional struggles. The streaming service promises to make you see Lady Gaga as you’ve never seen her, in this revealing documentary. The teaser reveals there will be scenes featuring the pop singer/songwriter not only on stage or preparing for her concert, but also interacting with fans, going on a shopping trip at Walmart, getting a tattoo, getting medication at the hospital, and meeting with friends, like Florence and Donatella Versace, who hugs her tells her she’s “so proud” of her.

The documentary, running one hour and forty minutes long, is scheduled to be released by the streaming service this month, on September 22.