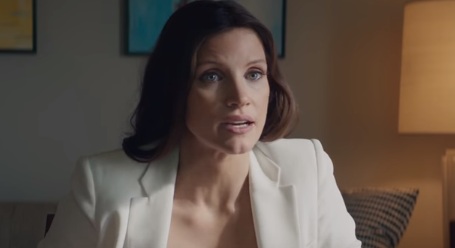 From Oscar-winning Aaron Sorking, the writer who brought A Few Good Men, The American President, The West Wing, Moneyball, and The Social Network, comes Molly’s Game, a drama film based on the remarkable true story of Molly Bloom, an Olympic-class skier who became a successful entrepreneur and a target of an FBI investigation after establishing a high-stakes, international poker game.

A second trailer released for the film, which marks the directorial debut of Sorkin, reveals the scene of Molly’s arrest, carried out in the middle of the night by FBI agents wielding automatic weapons and continues with scenes in which she talks to her criminal defense lawyer, Charlie Jaffey, played by Elba. “You’ve seen what’s on those hard drives.” – she tells the latter, when he suggests they should hand over the hard drives. “Family, lives, careers will be ruined.” – she adds, making Charlie ask her “Why are you in this alone? Where are the people you’re protecting by not telling the whole story?”. “It’s not their name I’m protecting, Charlie. Because it’s all I have left. Because it’s my name.” – comes her answer.

Molly’s Game is scheduled to be released in theaters this fall, on November 22.

The song playing in the trailer is “Erlkönig” by David Garrett.