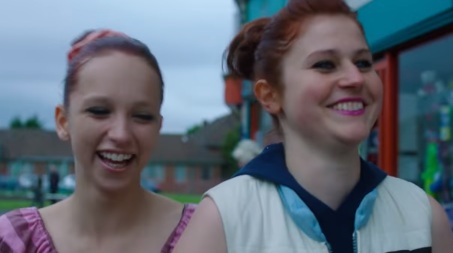 BBC First Australia has released a trailer for the upcoming powerful drama Three Girls, based on the true stories of the victims of the 2012 grooming and sex trafficking case in Rochdale and made with their full cooperation.

The three-part series tells the story of three girls at the centre of the Rochdale child sexual abuse scandal. The cast includes Molly Windsor as Holly, one of the girls, who was new to the area and groomed by a portly man known as “Daddy”, Maxine Peake as sexual health worker Sara Rowbotham, who fought for justice for the girls, Paul Kaye, Jill Halfpenny, and others.

The trailer features the teenagers involved in the case, photos of other victims, which are 47, as well as Maxine Peake saying to a team “We’re talking about 13-year-old girls.” “What this investigation needs is open minds.” – a detective says at the end of the spot, which reveals that the series will premiere on Thursday, October 12.

The song used in the trailer is “The Day Has Come” by X-Ray Dog, from the band’s 2015 album, “Halloween Treat”.